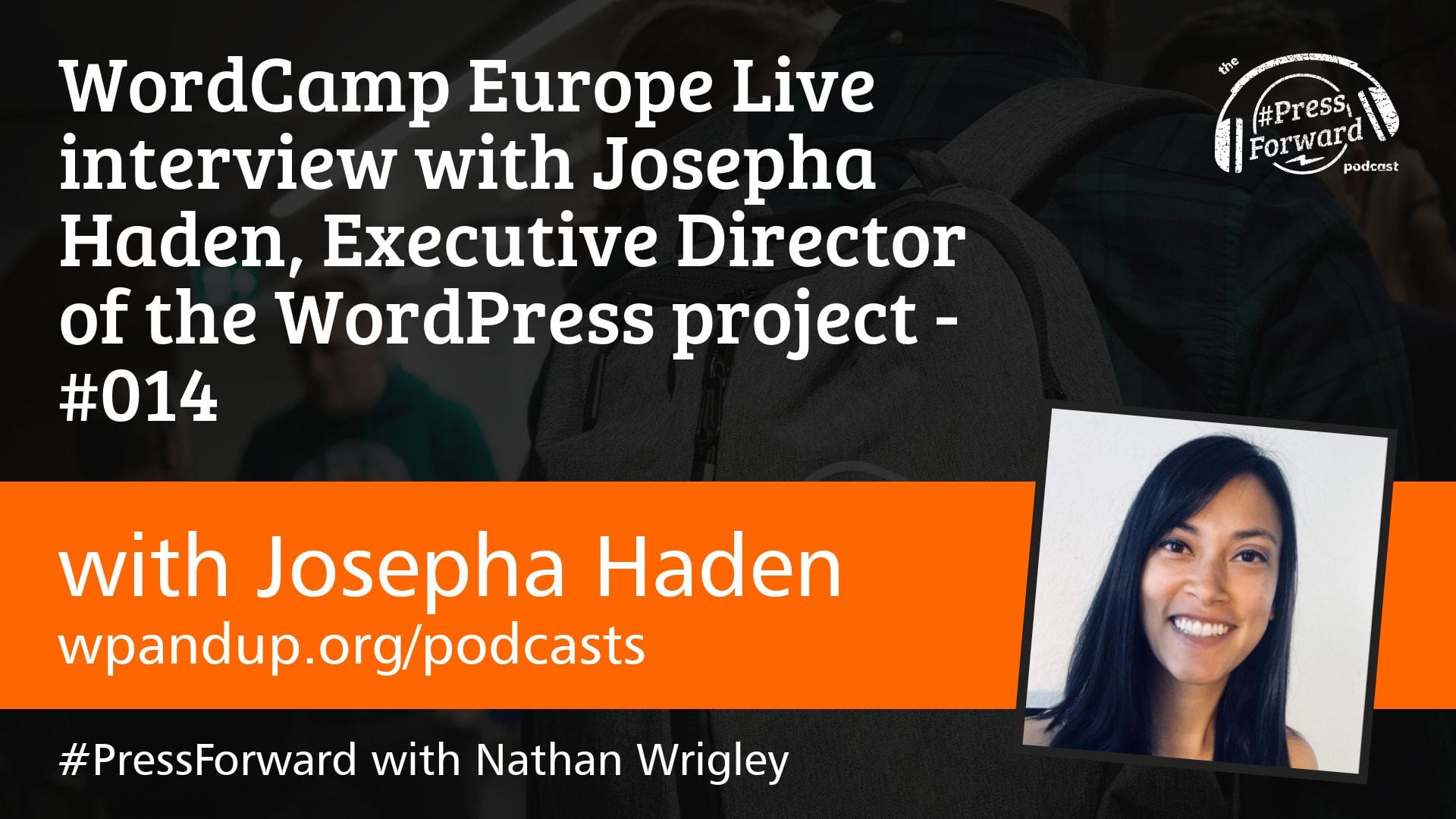 Today we talk with Josepha Haden, the Executive Director of the WordPress Project, and what a wonderful conversation it is! This is another one of the talks that the Big Orange Heart team recorded during WordCamp Europe 2019.

We’re back in the corridor, surrounded by approximately 3,000 WordPressers, so you’re going to have to cope with the background noise… and children!

Josepha has such a broad overview of the entire ecosystem, as it’s one of her roles to make sure that the WordPress Project has what it needs to flourish. That might be connecting with team leads and contributors to understand what they need, or making sure that funding moves where it needs to go for events such as WordCamps.

We speak about how she got started with WordPress; and interesting story in which her mother was the key influence, as well as how WordPress has changed as it has grown over the last 15 years.

We then chat about what it is that continues to attract Josepha to WordPress, which it turns out is teaching people of all ages how it can be used to bring their ideas to life.

We discuss current initiatives that she is interested in such as the increased focus upon diversity and bringing children into contact with WordPress.

It’s a great conversation, and a little window into the past and future of WordPress, brought to you in under three quarters of an hour!