Managing the stress of growing a team – #013 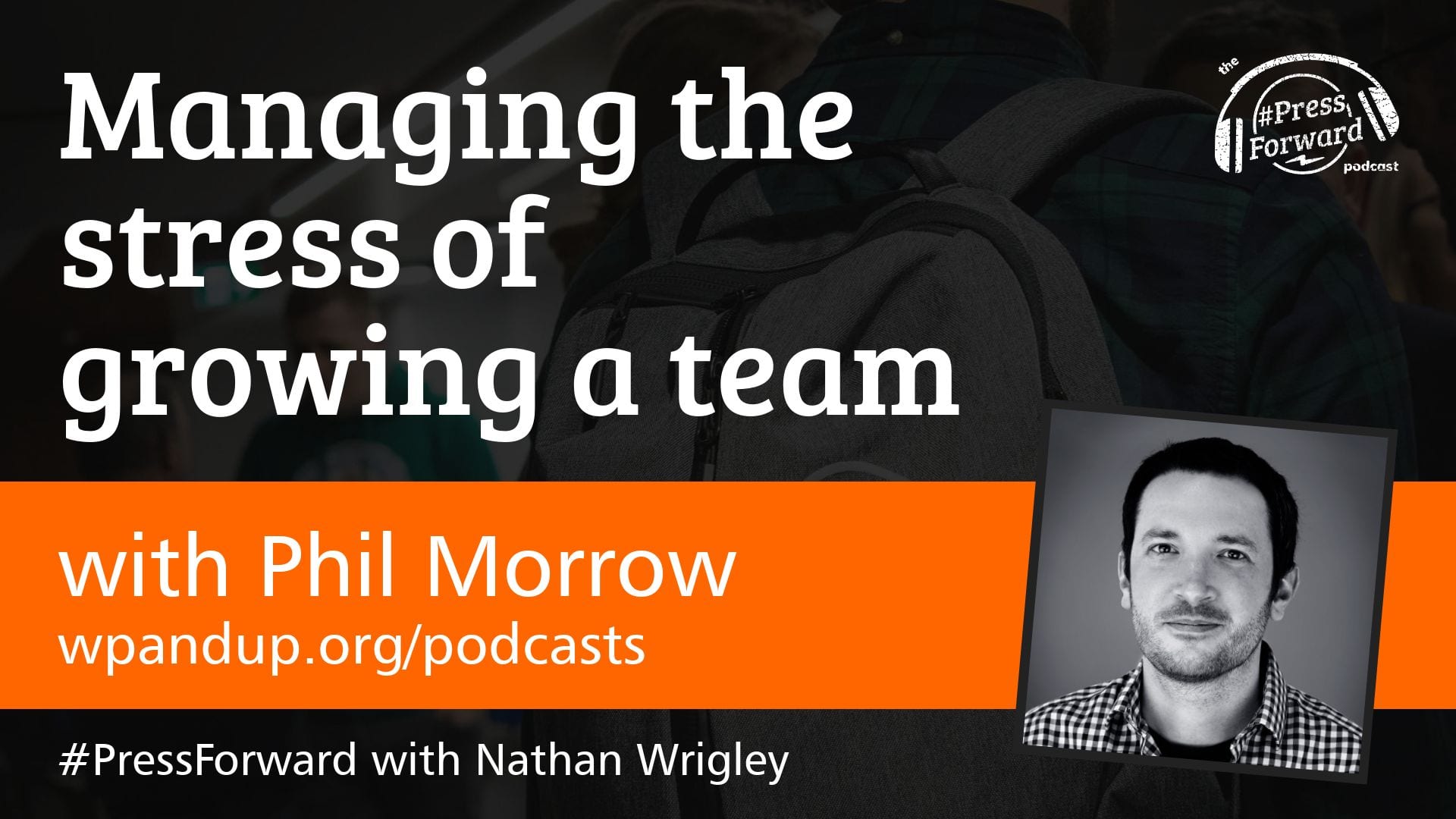 Over the last couple of weeks we took the #PressForward podcast in a different direction – we brought you some live interviews from WordCamp Europe 2019. There are more of these to come, but we thought that we’d go back to the recorded interview format for a few weeks, just to change things around a little!

Today we hear from Phil Morrow. He was our guest in episode number two, but today he’s talking about a different subject. You see, over the last year or so Phil has seen growth in his WooCommerce agency Happy Kite. They’ve taken on some new members of staff and have been working with clients who have larger budgets.

When we think about the trajectory of a business, this seems like it’s exactly what you want. Bigger budgets, more staff – everything must be fine right?

Well for Phil, not everything about this growth was fine, and that is what we talk about today on the #PressForward podcast.

Not having experience of growing an agency before, Phil was not too sure how to proceed. Who should he hire? What kinds of skills should they have? Turns out that you can hire people who do the exact same work that you love, the work that makes you want to get up in the morning. If people that you’ve hired are doing that work, where does that leave you? You’ve become a business manager when you never intended that for yourself. You’ve cut out the aspects of work that you like and handed them over to others to do instead.

We talk about how Phil might have grown his agency differently were he able to roll back the clock and start all over. We also talk about the journey that Phil has had in this time of growth with his own mental health. In what ways did it manifest itself and how he’s been managing it?

Family has been important; Phil’s wife was able to offer support at just the right time and allow Phil to concentrate upon himself and have time away from the business. Time that he needed to reflect about how he wanted to work in the future.

Towards the end we explore briefly how Phil has been working on his physical health, getting regular exercise and getting himself out of the house; key components for his own happiness.

Join Phil on this very honest and informative journey with Big Orange Heart.