Can an app positively impact your well-being? – #015 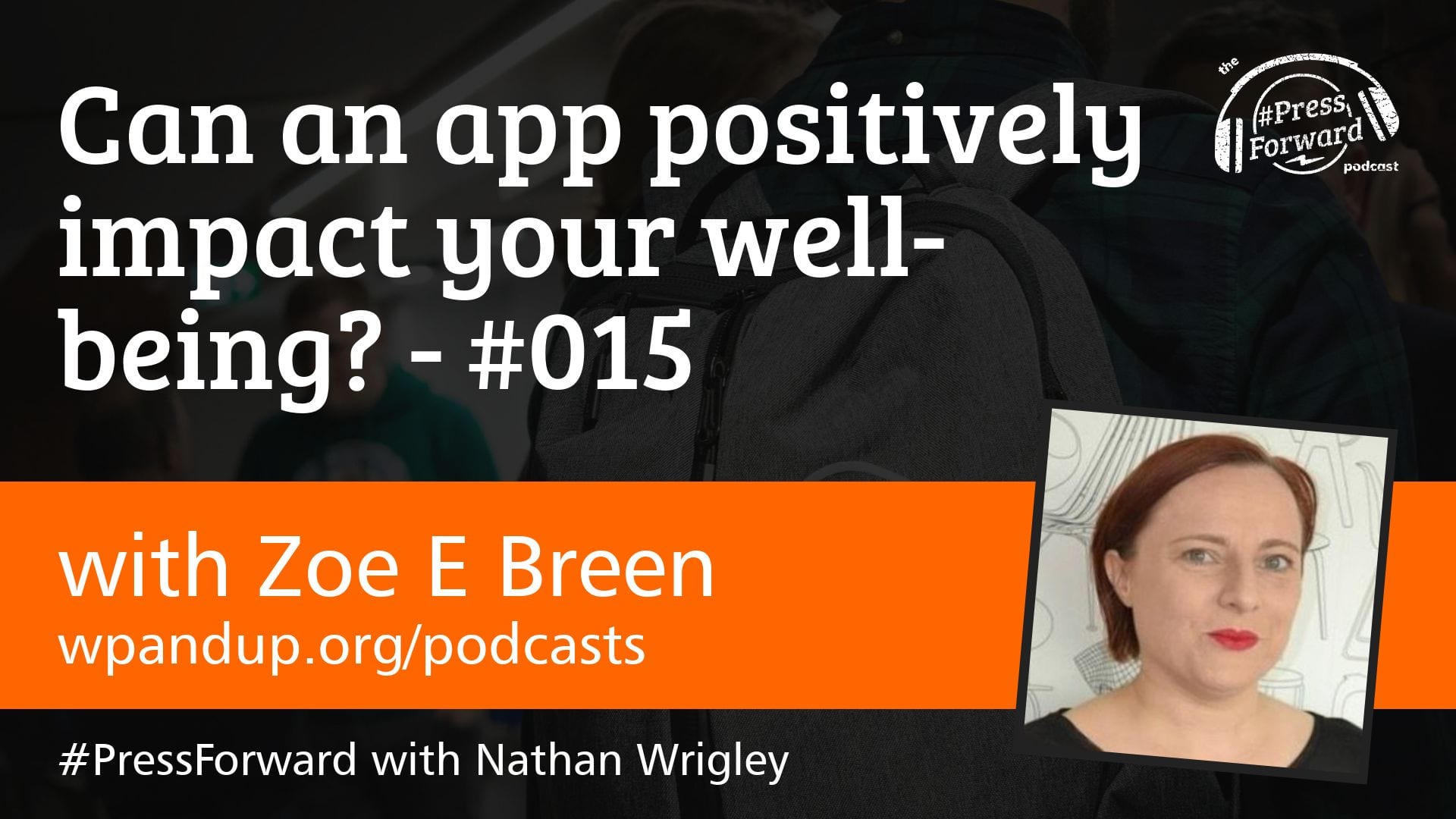 This week we have a topic that’s completely new to me. Mobile phones and the way that apps can impact your well-being.

Zoe E Breen is developing her own mental health and mood app and so started upon a journey of investigating what apps are already out there and what it is that they do. She was surprised that there were so many!

It’s really interesting to talk about the benefits of mobile phones because we’re often fixated upon the negative impact that they might have; the amount of time that we spend in front of our little screens and the way that it disconnects us from the world around us.

It turns out that there are apps for just about every possible thing that you could imagine… so we cannot talk about them all, and so we focus upon the ones that Zoe has found to the most useful, or most intriguing.

The discussion also gets into the future of apps such as these with developments in A.I. and how machine learning is being used to work out more about us as individuals and what we might need at any given time.

Given that these apps are using a lot of data, we also have a brief chat about the importance of thinking about privacy, and ways that Zoe has been able to categorise apps so that she feels like she is able to trust them.

Not being experienced with apps such as these I wanted to know exactly what kind of things they actually do. It’s all very well downloading them, but what do they give back to you and in what form. Some of the apps require quite a lot of manual input and push notifications to your device, so it might be worth thinking about whether or not this is going to be a benefit for you or just another distraction in an already busy day. I suppose that the proof will be in the pudding.

Although this list might not cover all the apps that we mention, it covers most of them:

Remember that these apps are not intended to be replacement support.