Keeping my agency small and dealing with grief – #020 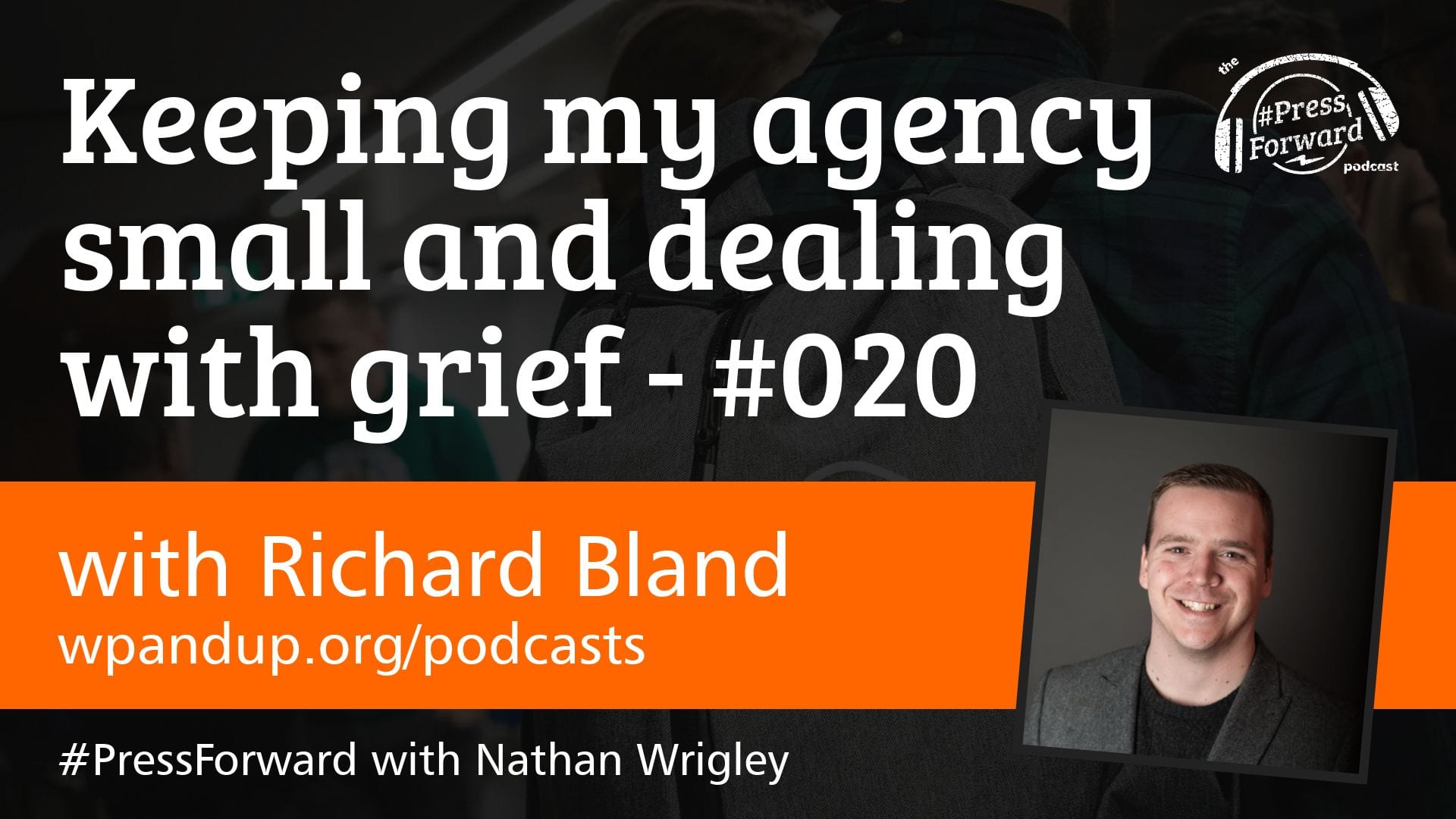 This week we cover two topics with our guest Richard Bland – limiting agency growth and grief.

To begin with we chat about his involvement with WordPress and his passion for the project. We then begin a discussion about why Richard has chosen to keep his agency small.

Some of this was accidental, but much of it was very deliberate. You see Richard takes the approach that whilst work is an important component of life, it’s certainly not the component. Richard wants to make sure that he has adequate time to do the things that he really loves, like spending time with his family.

We talk about the pressures to grown your agency and how this is often presumed to be the only model. Grow and then grow some more. After that’s done, grow a little more. There is no end it, unless you never go down that route.

Richard works with local clients and is happy that way. He knows them and they know him and that works well. He knows how many clients is too much and sticks to this limit.

We also get into the difficult subject of grief as Richard talks very openly about the loss of his brother.

Richard and his brother were very close, more like father and son and so his passing was a really difficult time. We talk about how Richard coped and how it affected him.

It’s a very honest conversation and present some different perspectives.