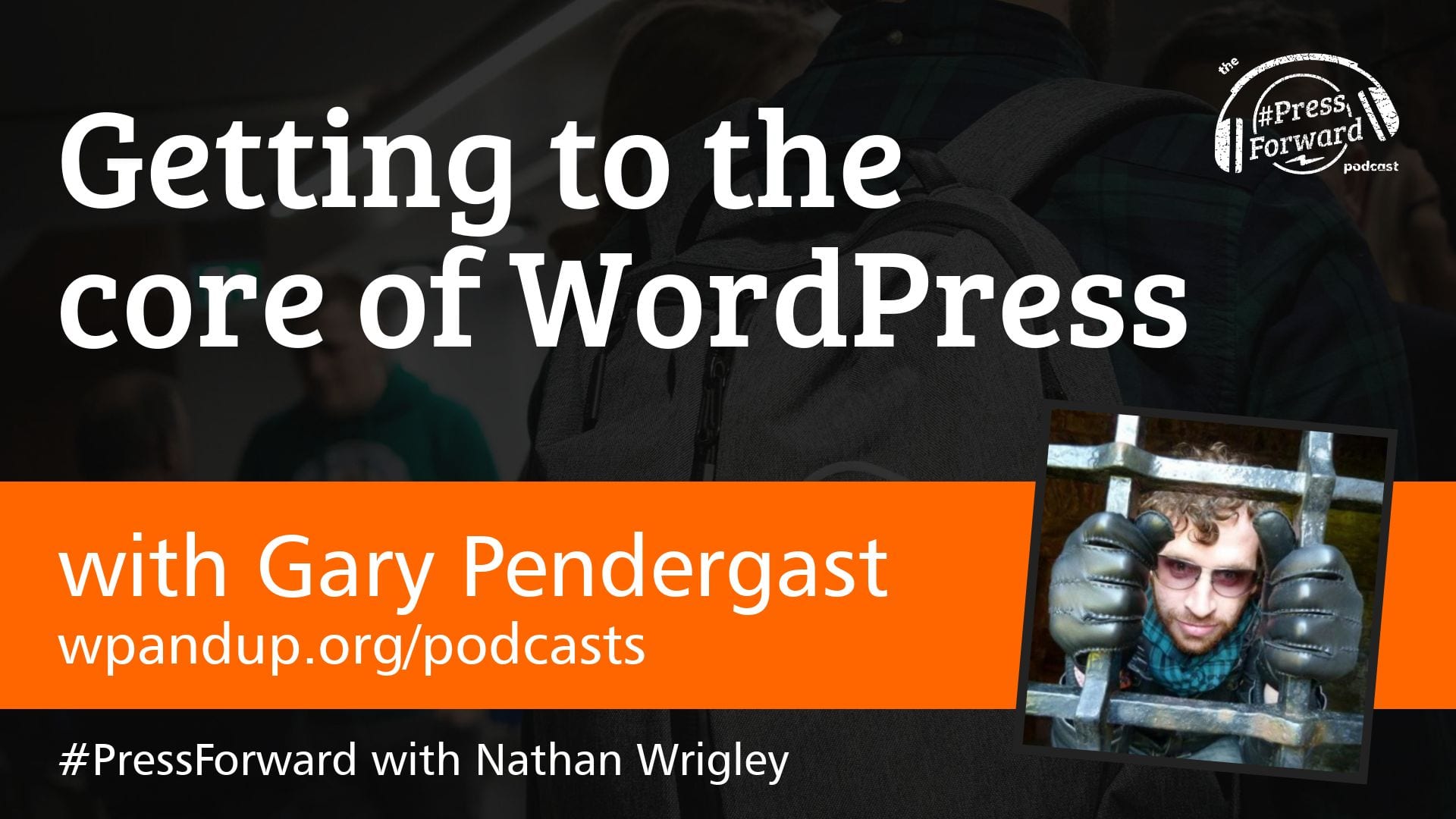 Onto today’s episode of the #PressForward podcast I talk with Gary Pendergast.

Gary has been working with WordPress for a long time and his many contributions have really shaped the way that WordPress has developed. He’s an employee of Automattic, but is seconded back to the Open Source project on a full time basis.

It’s one of the episodes that was recorded in the corridor at WordCamp Europe in Berlin this year and so the sound has a little background noise.

We talk about how he got started with WordPress, what he’s been involved in and where he hopes the project goes in the future. Having been the project lead for multiple releases, we talk about what that responsibility feels like, being the person to push the commit button and update hundreds of thousands of sites.

We get into his love of the community and how he regards it as somewhat special; a place in which he’s made real friends over the years.

He’s a very knowledgeable WordPress contributor and much of his work will have, no doubt, been used by you at some point. He’s also a very calming figure and someone that I warmed to very much, being very amiable in our short time together.