A journey with the WordPress community with Carole Olinger – #019 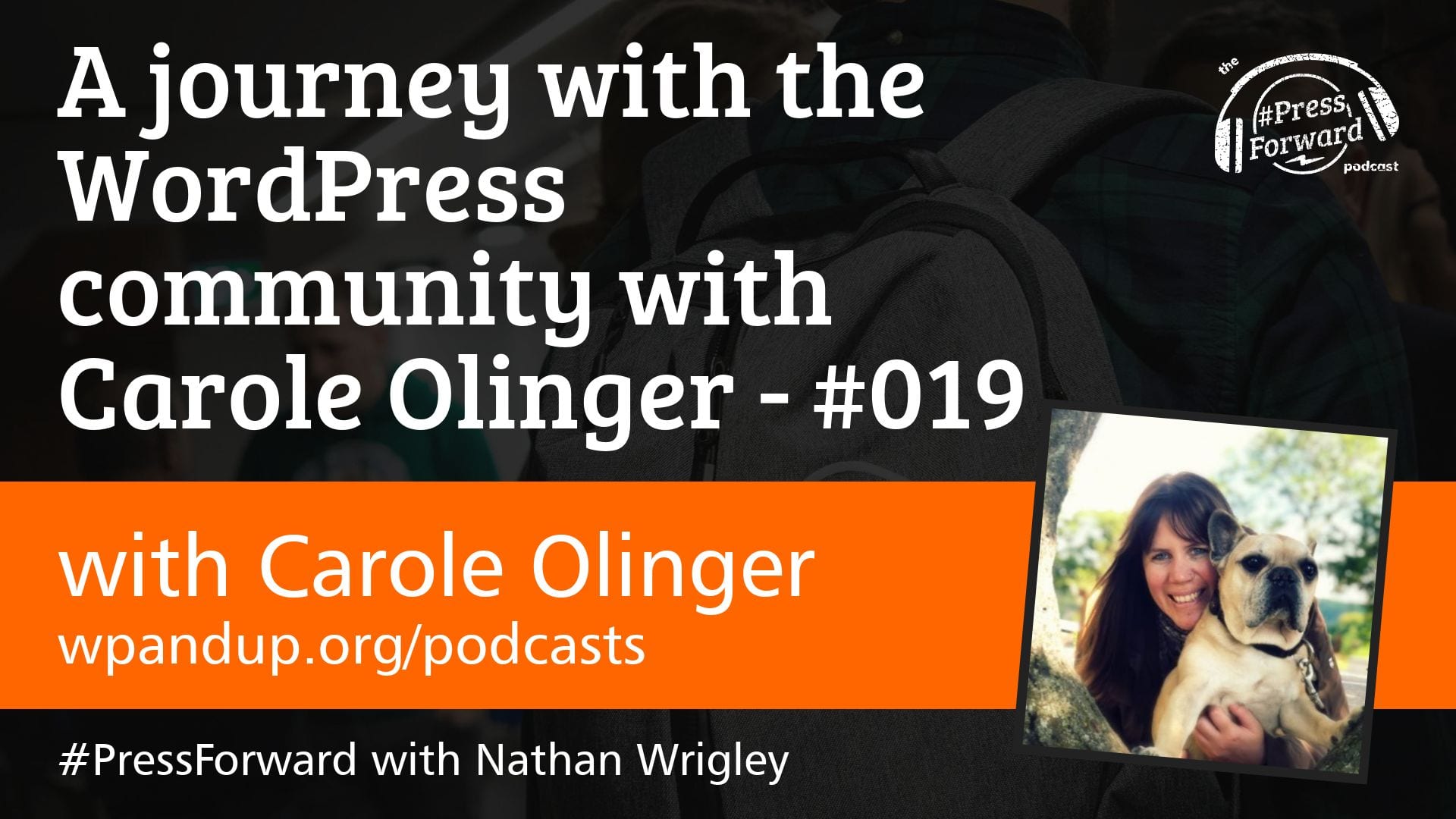 Today we are back in the WordCamp Europe corridor, this time speaking to Carole Olinger, but I’ll get to that later…

Carole gets a special mention today because she’s come on board the Big Orange Heart team. She’s going to be the Crew Chief of the HeadToWCEU project. I mentioned this a couple of weeks ago, but it’s well worth further discussion.

Some of the Big Orange Heart team are doing an extended bike ride next May… It’s departing from from Berlin and arriving roughly a month later in Portugal. The locations of the previous and next WordCamp Europes to be specific.

The intention is to show that little changes can have a big impact over time. We’re not athletes, and are getting on with our lives whilst adapting them slightly to accommodate the time needed to train for this 3,000 ride.

A project of this magnitude needs a fair amount of organising and so Carole has kindly offered to assist us with that. So you might hear me mentioning her name around here in the future. By the way, if you want to find out more about the ride you can go to our dedicated website – headto.org

Before that was even the kernel of an idea I met up with her during WordCamp Europe in Berlin this year.

We had a lovely chat with Barbara Saul from Big Orange Heart about Carole’s WordPress journey.

She came to WordPress from the most unusual of places. Having zero interest or knowledge in WordPress, she attended a WordCamp with her husband, curious to see what it was all about…. She fell in love.

This started a frenzied journey as Carole became deeply involved with WordPress and within a matter of months she was hosting events and MC’ing at WordCamp Europe.

It all happened so fast – she became a fixture and was easily recognised because of her distinctive purple hat.

New horizons were opened and new careers paths forged, and then her WordPress honeymoon came to an end.

She decided to step away from WordPress for a while… to regroup and find out more about herself and her personal motivations.

This journey included depression, anxiety, injury, meditation, yoga, exercise, a different approach to her diet – in short, she completely reimagined herself.

She’s now tentatively putting her toes in the water to see what’s next. Although this is still shrouded in mystery, two things are for sure – her future will contain bikes and dogs!