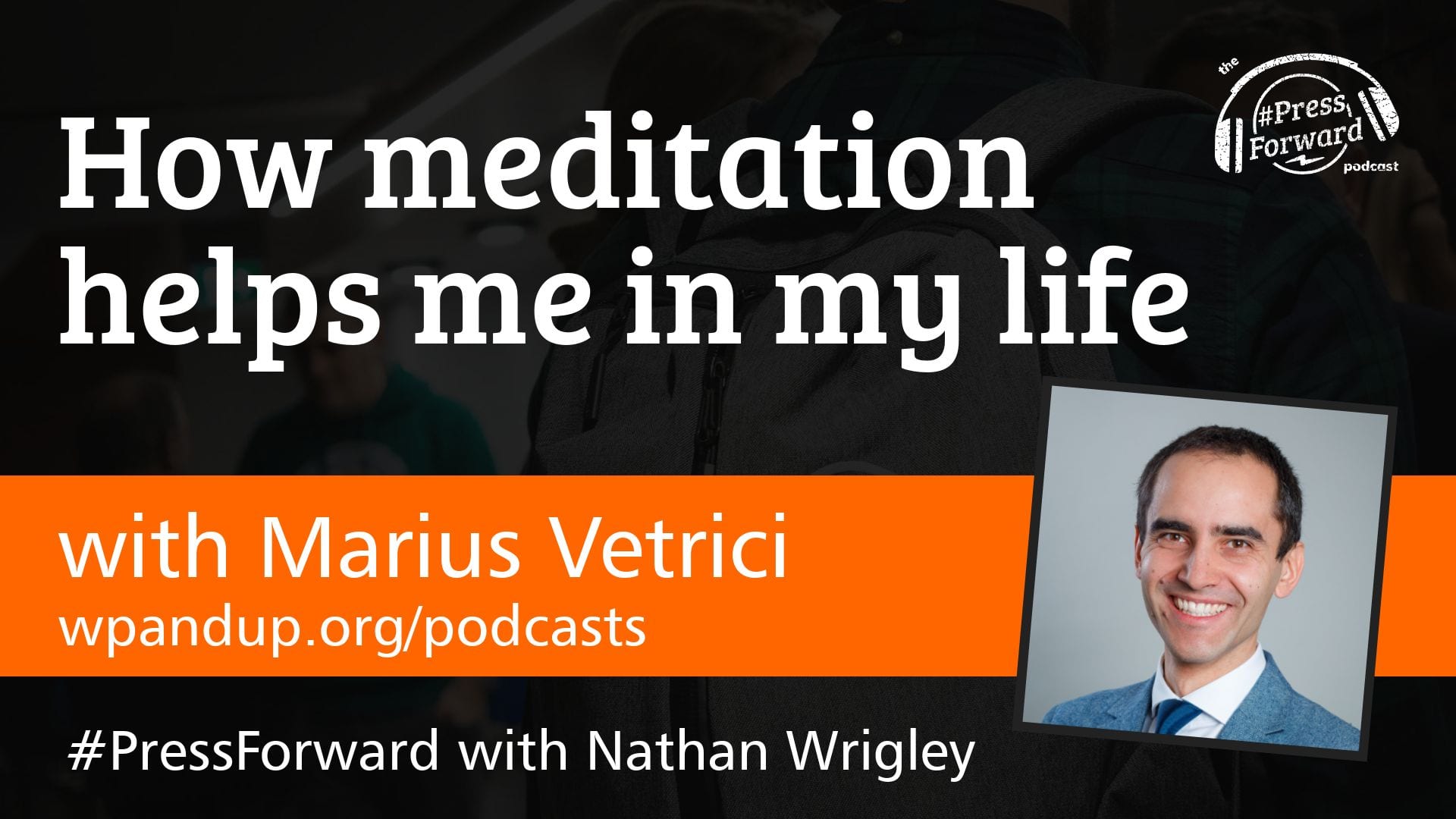 In this episode of the #PressForward podcast we talk with Marius Vetrici.

It’s a fascinating discussion from my point of view as it tackles a subject that not all that familiar with… meditation.

Before that though we chat about Marius’ background working in the technology space and how he’s been all around the houses when it comes to programming languages.

So Marius is very keen on meditation and has been using it in his life for many years.

We talk about how he discovered it and what benefits he feels that it brings to his life. It can all be summed up in one word… equanimity. The ability to have a greater perspective when things are not going so well, but also when things are!

We then get into a chat about how you actually perform the meditations that he does. What you concentrate upon, what sensations it encourages.

There’s also a little time spent discussing how you might get started on your own journey of meditation. You don’t need to possess anything, and you could get started immediately. That said, Marius does recommend that those who are serious about meditation try to get on a seven or ten day retreat, as these extended exposures to a meditative environment reaps rewards in the long run.

Very interesting chat, and I hope that you enjoy listening to it!