Getting through difficult times – #017 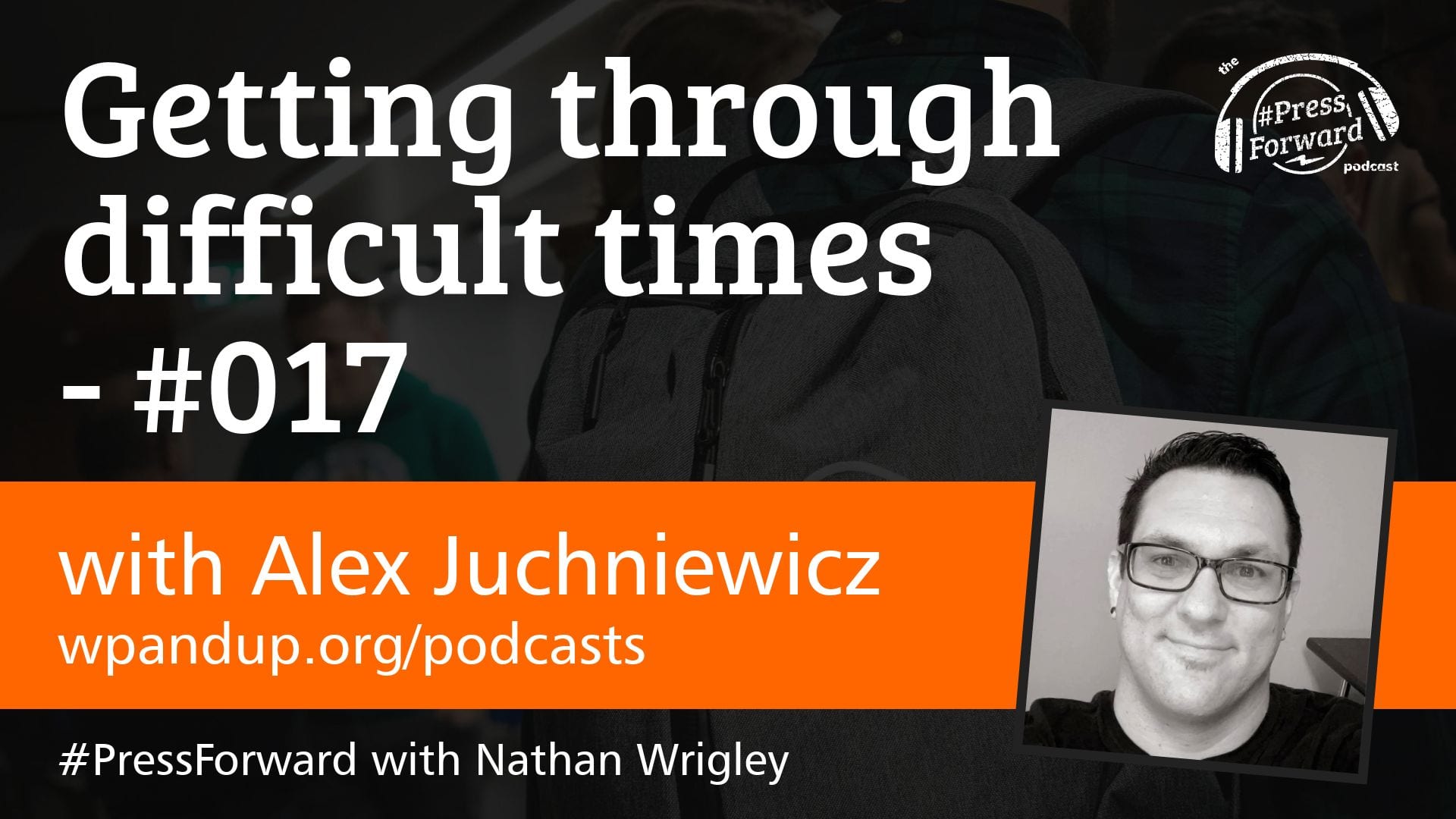 I’m sure that we’ve all been through times in our lives that we could describe as ‘difficult’, and we’ve all managed to PressForward and carry on.

The thing is that no two people are leading the same lives and no two people experience difficulty in the same way. What might be a simple thing for you, could be a major obstacle for someone else.

Our best-loved stories are all full of difficulties that the characters are trying to overcome. Humans seem to have a very deep interest in listening to stories about overcoming difficulties, and I hope that you enjoy listening to Alex tell you about his life.

He’s been through a lot, but has been able to find a way to manage in difficult circumstances.

Family, friends, professional support and the WordPress community have all been there at times to offer guidance and allow Alex to find a way to focus upon a bright future.

Please remember to visit headto.org and have a look around…