Being deeply involved in the WordPress community – #018 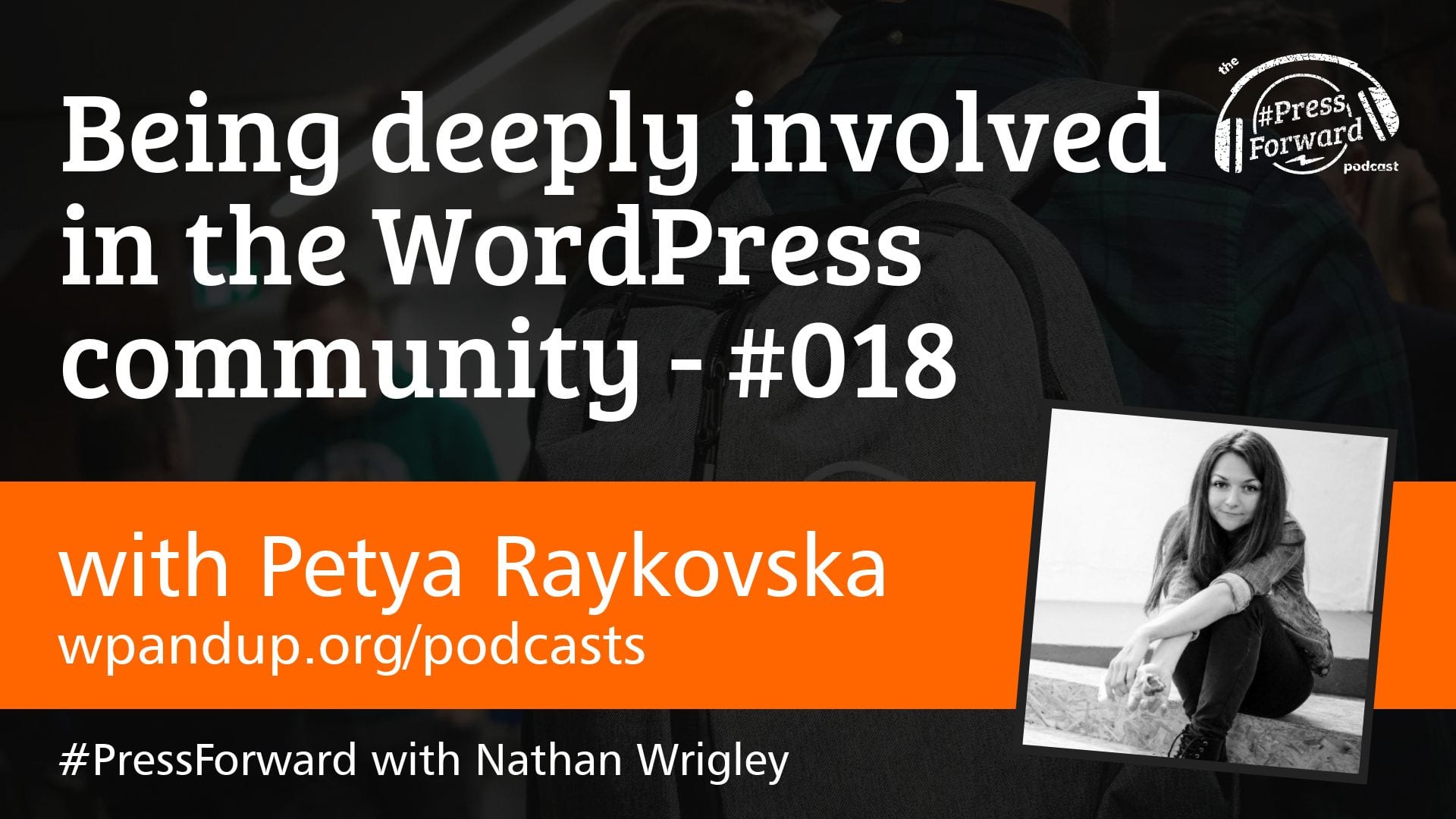 Today we talk to Petya Raykovska who works for the growing WordPress agency, Human Made.

We recorded this at WordCamp Europe 2019 in Berlin, and the location that we chose was the main thoroughfare corridor! This means that we were really well placed to be found, but also that it means that there was a fair amount of noise in the background. But… it’s the noise of 3,000 WordPressers having a great time, and so I’m sure that you can ignore it!

We talk about how Human Made got started, how they have managed their growth to a count of 70 employees currently and how they manage their distributed working model.

We also talk about Petya’s relationship with WordPress. She started in 2007 and quickly became deeply interesting in the project; working with translating WordPress with the Polyglots team.

Then we have a chat about WordCamps and how they can open doors to all sorts of possibilities. This might be business opportunities or the chance to make real and lasting friendships.

WordCamp Europe is very close to Petya’s heart, having lead the team for many years as well as being a regular speaker. She gives an insight into how the increasing popularity of WordCamp Europe has meant that they teams have to work pretty much all year around to make sure that the event can happen. Lots of people, lots of teams, lots of hours dedicated by all the volunteers.

Petya thinks that volunteers is a great way to get yourself involved with the WordPress community if you’re looking for a way in. You meet new people and being to understand the mechanics of all the things that need to go into WordCamp’s organisation. You get to work on common tasks for a common goal.

Petya also has a real interest in helping the younger generation become involved with WordPress, and as such she has been running sessions specifically designed for children.

Now there have been many of these sessions in locations all over the world and many, many children have had a chance to get a feel for owning their own space on the internet. It’s such a great project.

It’s a lovely, wide ranging chat and I hope that you enjoy it.