Being in charge of a large WordPress business… Yoast – #016 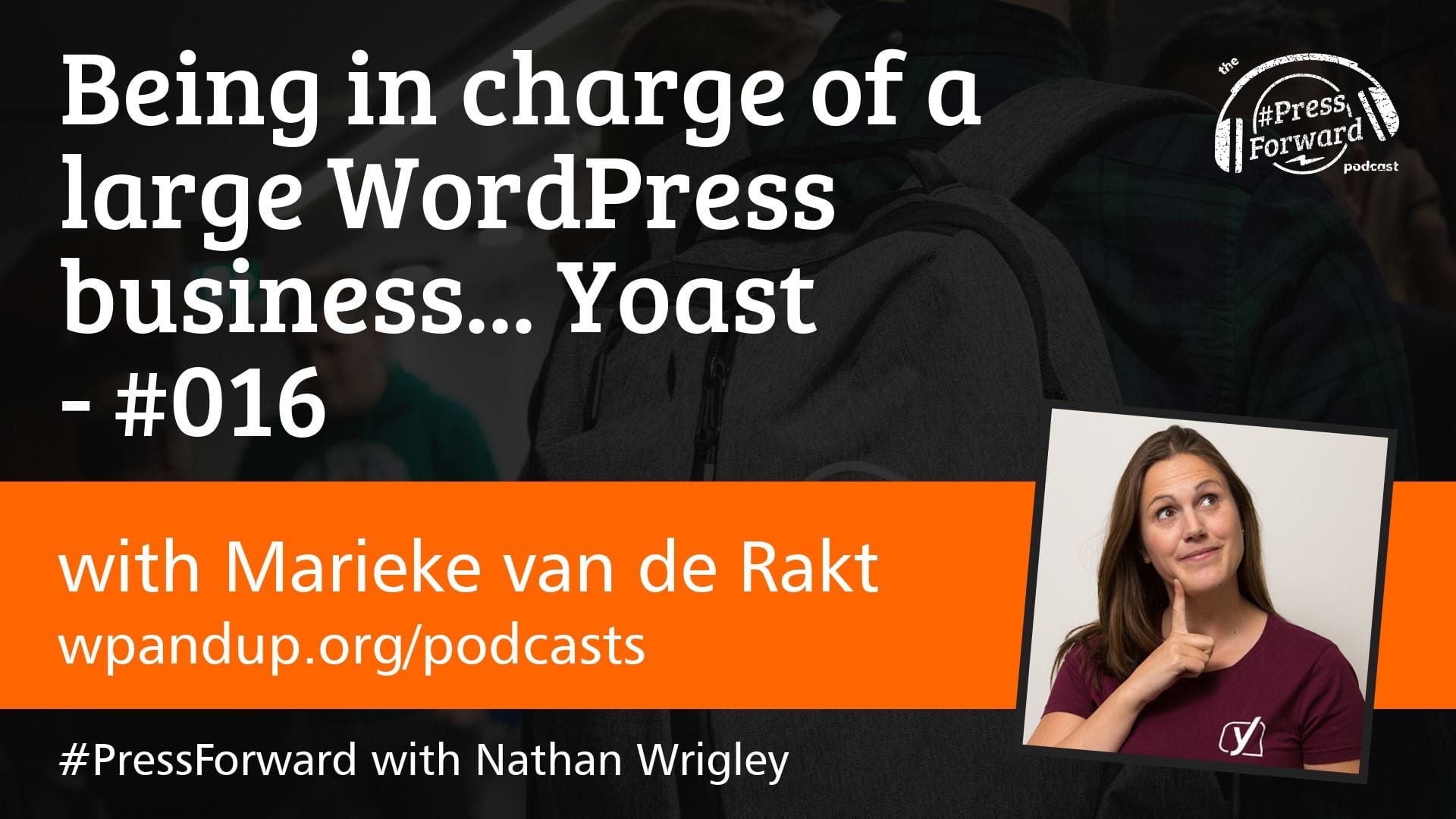 This week we’re talking to Marieke van de Rakt, the CEO of Yoast. We met at WordCamp in Berlin earlier this year and had a fun and wide ranging chat.

She’s fairly new to the CEO role, having recently taken the helm from her husband Joost who started the company many years ago, but she’s got some big ideas.

The conversation is wide ranging… we talk about the history of Yoast SEO and how it was that she came to be CEO. We also chat about what she wants the company to do in the near term; changes that she’d like to make.

We also discuss some of the areas that Big Orange Heart is interested in and she shares some of the things that they do at Yoast to ensure that their employees are happy at their work.

Conversely, we also get into the subject of how Marieke makes sure that she is able to cope with over 100 people who depend upon her and the decisions that she makes.

It’s a lovely chat and I hope that you enjoy it!