Don’t give up because the unexpected can happen – #027 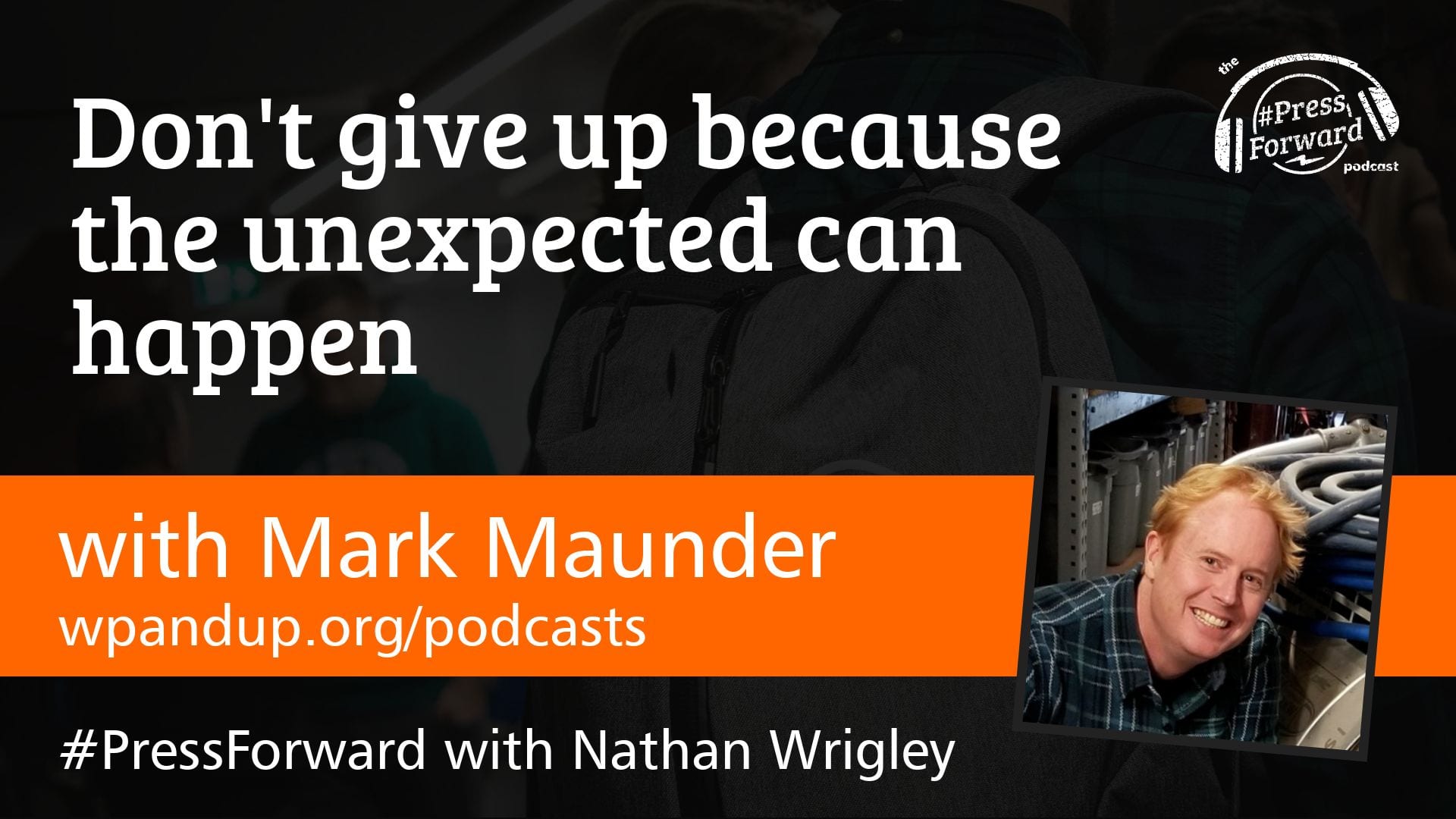 Today is a somewhat shorter episode, and I like it so much for several reasons. Firstly, it was never meant to happen, also because the chat went in directions that I literally never expected and finally there’s just so much synchronicity in it, as you will find out later!

Mark Maunder is the founder of Wordfence, the WordPress security solution that I’m sure you’ve heard of. I met him at an evening security event at WordCamp Europe, and we spoke for a couple of minutes.

The next day, I was recording interviews and as I finished one, he happened to be walking by. As you will discover, Mark likes his tech and he was interested in the recording desk that we were using. So I started to show him how it worked and before too long we had located the record button, pushed it, and this short interview is what resulted.

To start with we talk about how Mark and the team at Wordfence have started to take a real and active interest in events like WordCamps. They see this as a way to interact with the community, but also to get to know their customers in a way that no online system can match. Seeing them face to face and talking through what they need from Wordfence has proven to be the best way to know where the product should be heading.

Mark talks about how he’s been bitten by the film bug and how the creation of the film has been a project that he’s been inspired by, but also how he’s tried to ‘let go’ of it… allowing the filmmakers to have full ownership of it instead. He’s clearly proud of the results and well might he be.

If you watched Matt Mullenweg’s ‘State of the Word‘ address at WordCamp US in 2019, then you’ll have seen that film. It took up about 25% of his entire address!

I have to agree with Mark, it’s a great film and shows the WordPress community (something that we at this podcast know) in the best of lights.

We then change directions again and talk about Wordfence. Another wonderful story. Mark talks about how Wordfence was a product that came about after a series of other projects which simply did not get the traction that he’d hoped. This is a story of not giving up.

We learn that Mark and his family had reached the very end of their savings and had moved in with his relatives. In effect, Wordfence was a last chance at creating a product that was profitable… and it worked!

From an interesting start as a black hat hacker, Mark brought his years of experience to bear and created a product that is now the security solution for many thousands of WordPress websites.

So this podcast has so much synchronicity. I release a podcast recorded months ago and by coincidence Mark’s film get’s premiered just a couple of days before.

The story that Mark tells reeks of ‘staying the course’, keeping going in the hope that that little light at the end of the tunnel will grow bigger and brighter. All this in the same month that Big Orange Heart have the Never Give UP campaign in full swing!

Somehow I think that this podcast was meant to be aired on this exact week, but I have no idea how it ended up being so very well timed.