How I coped with work overload #003 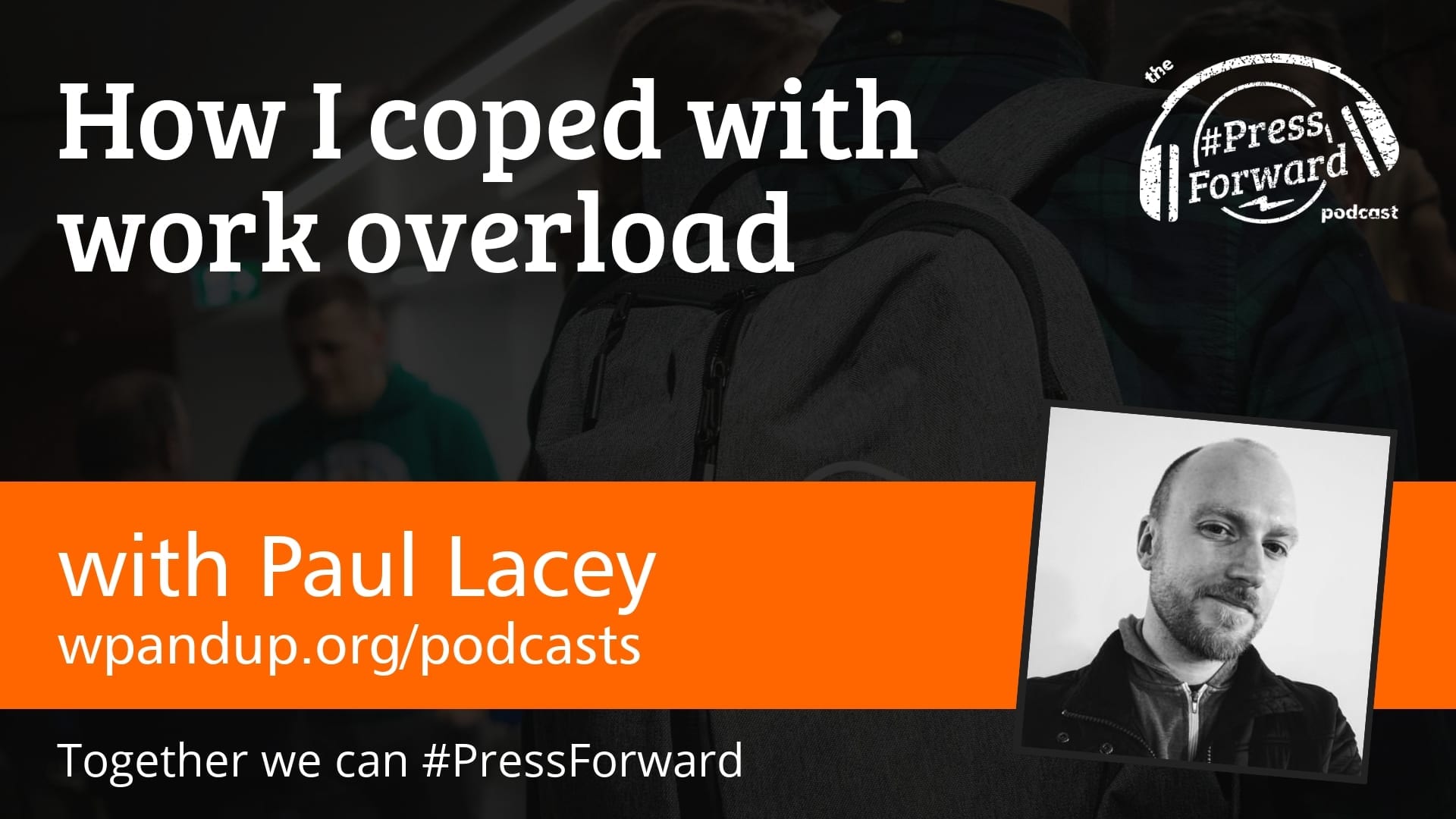 In this #PressForward podcast episode we speak to Paul Lacey.

Paul is a WordPress agency owner based in the UK.

Over the last couple of years Paul has had issues with taking on too much work and then feeling unable to complete his tasks. In a six month period his family hit a crisis which changed all of their lives.

In that short period one successful business was sold off in order to redress the balance and restore some time into their lives.

It was not as simple as that though as Paul then found it harder to complete his work than ever before.

Paul sought help from this local doctor and this gave him some positive results.

It’s a fascinating story which I’m sure many of us can identify with.